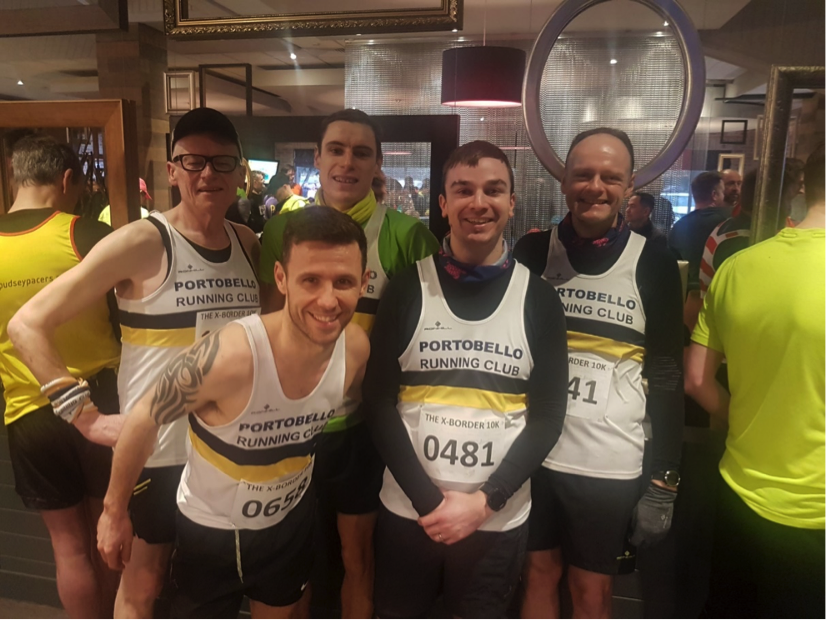 First tarmac-based championship race of the year had me chomping at the bit – mine is a super competitive category this year and those who know, trail isn’t my forte, so I needed this. Sadly, I wasn’t sharp enough as the limited spaces had rapidly gone but chatting to David McNamara at the Club AGM he told me he had sneaked in after texting the organiser. So as soon as I left the Kings Manor Hotel I was on the race director’s case – an hour later and after a few carefully worded texts, he kindly let me in (17 quid) – I could almost smell the 10 points, particularly as my club nemesis and namesake was competing in the Forfar Multi Terrain.

It’s a 9 am start in Gretna so yep a 4.30 am alarm and I was up and on the road. The logistics mean you park at the finish in Carlisle (a moody industrial estate) and then jump on a coach to whisk you to the registration and start. I had to get a new number as the original never arrived due to an apparent “lack of stick” on the stamps but the replacement was acquired once I had convinced them that I was indeed the age stated (highlighting my youthful looks were as a consequence of selling my soul to the devil didn’t help my case). The Gretna hotel provided a good hideaway from the elements for the nearly 1000 starters (record breaking apparently) and the 2 toilets took a damn good pounding from the entrants.

I was happy to see 4 other Portys – Davids McNamara, Limmer, Worrall and Alan Innes – and after the squad shot we headed out for a warm up around the resplendent streets of Gretna. Particularly of note is the Grade A listed football stadium, other than that nothing to report. In the early morning delirium, I mentioned to David McNamara that this year’s reverse route is actually pretty much downhill – I was ultimately 100% incorrect with this tipoff. The race is however very popular with local running clubs and there were very good vibes in the air. Final glance at the watch and we sauntered to the start just as the rain and wind came in, together with the 1990’s techno booming from the race director’s car. But then dismay; a delay was announced: “there’s still a few runners ‘aving a pee”.

Eventually the airhorn goes and we are off. So, the route, yeah it’s a minor road that kinda follows the M6 offering outstanding views of early morning lorry transportation, and features welcoming horns from passing cars. Around half way you do get to cross the Solway Firth but the wind ripping into your face takes away the romance. For those interested, the motorway was opened in 1958 by then Prime Minster Harold Wilson. Its tarmac all the way, one water station and mostly straight and undulating, there’s not much else to report. So natural beauty out the way, it’s back to the race.

Davids L and M set off as expected, rapid, and I’d say with 50 bouncy strides of David M’s vaporflys he’d already passed the border. I set off with my usual stretch ambition to beat David Worrall only for him to glide past me with his standard negative split strategy. I tried to hang onto him but like previous races, not today. The real effort was up front with David M comfortably running alone in 3rd but an awesome effort from the Limmer who was giving it everything to reel him in and ultimately dominated 4th (34.02) The final stretch is quite odd – turning left and right through industrial units to arrive at the inflatable finish line. It was raining, I was cold but happy to see David L and Worrall. David M had made a sensational 3rd place (33.48) and done the right thing and headed home – an industrial park on the outside of Carlisle is no place to hang. Alan came in with a PB – a top effort. We all made a quick exit clutching our rather nice medals, club points and bananas, and wondered just what had happened. 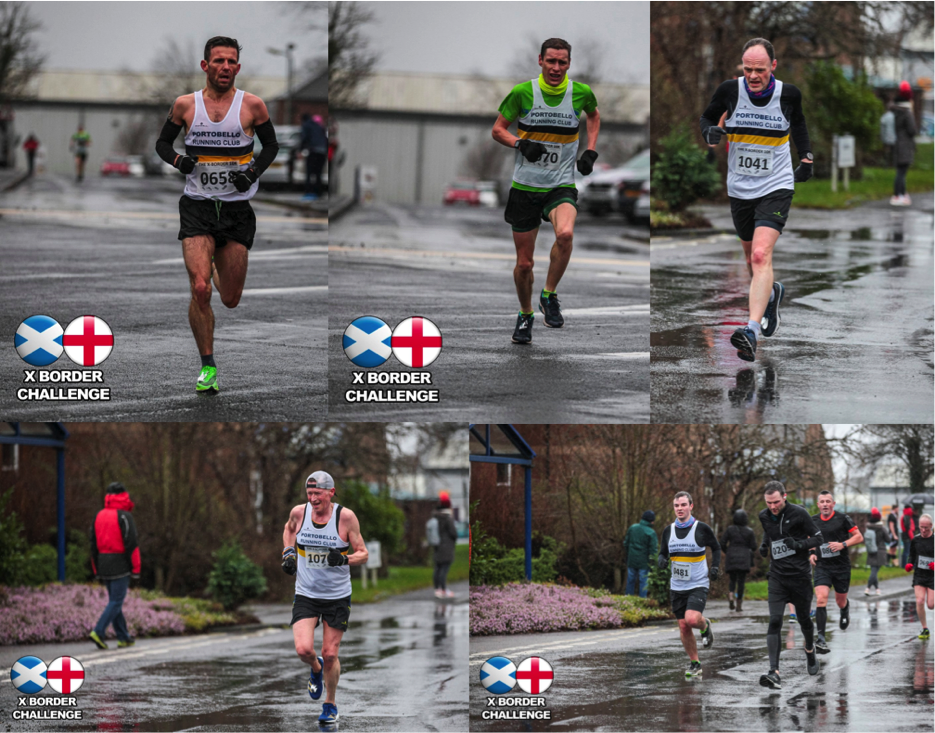